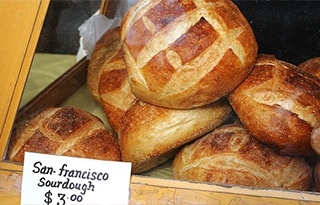 The natural approach to most health problems begins with recognition of the wisdom of giving full support to the body’s needs. The more accomplished we are at providing that support – even while taking a prescription drug – the less reliant upon the drug we become.

Keeping that in mind, let’s look at one of today’s most respected therapies for high blood pressure: ACE inhibitors (known in the science community as Angiotensin-Converting Enzyme inhibitors).

High blood pressure indicates that the set point for blood pressure has gotten off kilter, causing a chronic constriction of blood vessels, which often then puts pressure on the balance of sodium and circulating fluids. ACE inhibitors are a commonly-used class of high blood pressure medications. They balance a larger mechanism of homeostasis for water, sodium, potassium, and blood pressure.[1] ACE inhibitors help by giving a downward tug on the set point for blood pressure, hopefully returning it to an acceptable range. By doing so, they help to control and normalize the amount and force of blood and oxygen flowing to and from the heart and other organs. This mechanism also assists (perhaps inadvertently) in the management of heart failure and diabetes, while protecting the kidneys as well.

To what mechanism do scientists give credit for this? One positive effect is seen in reduction of the state of “systemic arterial stress,” providing cells with a state of improved, controlled access to oxygen and nutrition.

The full benefit of ACE inhibitors go well beyond blood pressure issues – a fact that has led researchers to look at the effect they have on longevity. Studies of genetically affected rats, for instance, born with high blood pressure, would live only half as long as normal rats. ACE inhibitors administered to them, effectively doubled their expected lifespan – helping them in some cases to live even longer than normal control rats.[2] Such a finding gives much hope to people who are taking ACE inhibitors, as high blood pressure is often seen as a marker of advanced aging, just as it aged the rats.

The drawback lies in the growing number of dosage-related side effects, which could shorten one’s lifetime due to a possible combined effect of potassium imbalance, dizziness, headaches, nausea, low blood pressure, troublesome cough, or mineral imbalance. Death is most apt to occur in people with serious kidney disorders, and who are taking medications for reasons other than high blood pressure.

So the logical question is, can similarly positive outcomes seen with ACE inhibitors occur through diet without the increased health risk that a prescription drug might bring?

Yes, it is probable and possible.

ACE inhibitor molecules were first discovered as highly active components of snake venom. They lowered blood pressure in the prey, thereby reducing mobility and slowing escape. This soon caught the attention of researchers who had been studying the enhanced sensitivity of receptors for human ACE in people with high blood pressure. A drug for human use was soon realized. Researchers further recognized that endogenous control of the over-active ACE receptor had to be getting some help from the diet – otherwise everyone would have high blood pressure.

After a lengthy search, the first of the naturally occurring ACE inhibitors turned out to be a bioactive C12 tripeptide protein found in whey protein powder.[3] Once C12 tri-peptide was made known, it was soon found to be present in all dairy, along with other similar molecules, including endothelin 1.[4] The most significant source was in cultured dairy,[5] such as yogurt and cheeses, from which a variety of tri-peptides were derived either directly or indirectly due to the action of friendly Lactobacillus organisms on milk casein.[6]

The researchers then turned to other fermented foods, discovering that they too served as a source of biologically active peptides. Peptides with similar ACE inhibitory effects were found in all fermented foods including soy,[7] sauerkraut and a variety of fermented grains, including sourdough breads.[8] Perhaps the most interesting aspect of the latter find was the exceptional variety and quantity of tri-peptides present in sourdough, each exerting varying degrees of ACE inhibitory influence.

Invariably, a question will come to the mind of anyone who gives thought to digestion. How can these peptides escape being digested, and instead be absorbed intact as biologically-active ACE inhibitors? A full explanation is beyond the scope here. However, consider the following:

When protein is eaten, digestion begins with chewing and the action of saliva. Within the stomach, acids work on the protein to break it down into small peptides.[9] This action allows a variety of peptidases to gain access to otherwise hidden bonds, some of which are still not acted upon before the chymus is expelled into the upper small intestine. Enzyme activity continues within the intestines, but in foods that have been fermented, some of the bonds are more resistant to cleavage than others, allowing a variety of biologically active peptides to escape further digestion. At this point friendly bacteria residing within the intestinal mucosa begin stimulating not only IgA and other aspects of immunity, but also the uptake of C12 and related tripeptides conserved and readied for absorption by prior peptidase action or inaction.[10]

Strangely enough, sourdough made from gluten (often seen in a negative light as a cause of food sensitivity) and fermented with a specific strain of bacteria, Lactobacillus reuteri, is capable of producing 6-7 times more of our ACE inhibiting, bioactive peptide. Considering these facts, it would seem that some bioactive tri-peptides are made in a manner by specific organisms to escape full peptidase digestion, paving the way for sourdough bread to return to center stage as a heart and health-friendly component to diet.

In conclusion, there is much supporting evidence that ACE inhibitors are fundamentally a good thing for most people with high blood pressure, and that initially over the short term, some combination of drug and diet is likely to offer the best opportunity for controlling blood pressure. For the longer term, a diet rich in the peptides possessing the full complement of biological activity required to modulate just the right amount of ACE inhibition is recommended. Foods included in this group are cultured dairy (plain yogurt and soft cheeses), whey protein isolates, fermented soy products (such as tempeh, soy sauce, and soy yogurts), and a variety of fermented grains, with emphasis given to sourdough breads. By developing a diet around these and other health-promoting food choices, coupled with regular exercise, weight control, and improved sleep, you are doing your part toward finding a long-term answer to what might otherwise be a shortened life. Finding the best way to support your body’s winning design, and putting that support to work, brings success over most every disease – high blood pressure included. We are, after all, designed not to lose, but to win!