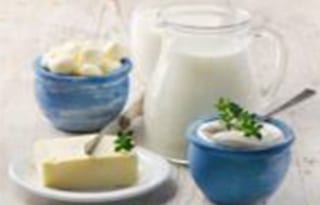 At Designed2Win, a positive health outcome is the most important goal we’ve set for our clients. Yet, getting there often requires going against a myriad of popular belief systems. Non-fat and low-fat are two such popular beliefs that are most often encountered. So, when someone wants to lose weight, improve their resistance to diabetes, get rid of toxins, lower their high blood pressure, and/or normalize their cholesterol we spend a lot of time explaining why organic, full fat dairy (free of synthetic hormones and antibiotics) is a hallmark of the plan we’ve given them.

Why is this? Why do we place such emphasis upon organic, full fat dairy?

In a prospective cohort study of 3,736 adults who participated in the Cardiovascular Health Study, it was was found[1] that the trans configuration of this fatty acid (as opposed to the naturally-occurring, mirror image cis configuration) was associated with suppression of hepatic fat synthesis, a marked reduction in Type II diabetes, a reduction in the incidence of insulin resistance and serum triglyceride, a significant rise in HDL good cholesterol, and significant resistance to obesity.

Such benefit had not been noted in similar research of the mirror image cis-palmitoleic acid produced in the liver and adipose tissue of humans. In fact, the cis configuration synthesized by people had previously been causally suspected in a wide assortment of cardiovascular-related conditions.[2]

Thus, unless you’ve been told by your doctor or other health provider to stay away from dairy, you might want to reconsider your thinking about organic, full fat dairy. The recommendation was likely based on otherwise good research that had not yet considered the value of trans-palmitoleic fatty acid found ONLY in full fat dairy.

If you’d like to learn even more about the benefits of using organic dairy specifically, you might be interested in our Put Down The Duckie issue on the topic: Organically Speaking: Organic Dairy.