“We Are Always The Same Age Inside” ~ Gertrude Stein 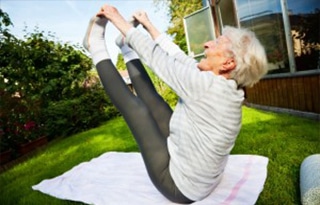 Aging has gotten a bad rap in our society, but if you think about, it’s not all bad – it sure beats the alternative! But of course, everyone would like to know what they can do to slow down the aging process – and from our point of view, we want to support the body’s design as you do so. Is it possible? In our next few posts, we’re going to consider some of the recent science and see how you can support your own body’s health and maybe slow down the progression of aging in the process.

Whenever you hear a new “fact” in the scientific media, it’s always important to consider the science upon which claims are made. Facts that are misapplied can result in disappointment. A good example is the presumed good outcome from consuming antioxidants, and the topic of our first discussion.

In the mid-1950’s scientists developed the Free Radical Theory of Aging, where it became clear that production of energy required an antioxidant to sponge up by-products that otherwise destroyed the very site where energy was made (the mitochondria). The uncontested presence of free radicals, which tended to be connected with cell destruction, disease and early aging, was found to be either resolved or delayed by better antioxidant status. So the assumption was made that antioxidants were THE answer to counter both early aging and disease. Unfortunately, the giving of antioxidant supplements without other considerations has not proved to lengthen life expectancy.*

At IHR (The Institute for Health Realities), we first noted that acid-base balance greatly determined whether antioxidants worked for or against us. The more acidic you are the less function you get from your antioxidant, the more alkaline you are the better it functions. A lean towards acidity hinders because it conserves the rate at which antioxidants donate their electrons to quench the free radical “fire.” This delay while the spent antioxidant waits to have its electron replaced, causes the spent antioxidant (now electron-deficient) to become a free radical in the process.

Studies in Finland emphasized this. Researchers gave vitamins C, E and beta carotene to smokers with the intent of preventing lung cancer, but without considering acid-base levels. Rather than antioxidants reducing a smoker’s rate of cancer, there was a marked increase. Failure to consider that all toxins promote acidity, smoking included, largely accounted for this result.

There are many other factors in the anti-aging movement that have not been adequately examined. Optimum cell health also requires the presence of oxidase enzymes, which are designed to produce free radicals for health reasons. The answer to aging, then, goes well beyond the one-size-fits-all use of antioxidants.

When it comes to antioxidants, getting the correct amount and the right types into your diet are of greatest value. The very best antioxidant sources will always be raw, unprocessed foods, which also help keep you alkaline. Supplements can be a good alternative; however taking them without first considering your total health picture may or may not prove useful. One way to know for sure is to work with a health coach/practitioner who has knowledge of the Free Radical Therapy system. On your own, you can certainly check your pH using pH paper (we prefer the half-step hydrazine paper) to guide you in balancing your acid-base status. Your health coach can refine your effort even more when they tailor the program to your chemistry.

*This and other repeated observations, which called for a more in-depth look into the topics of aging and disease, led to the development of our Free Radical Therapy™ system and the Designed2Win™ Model of Health.