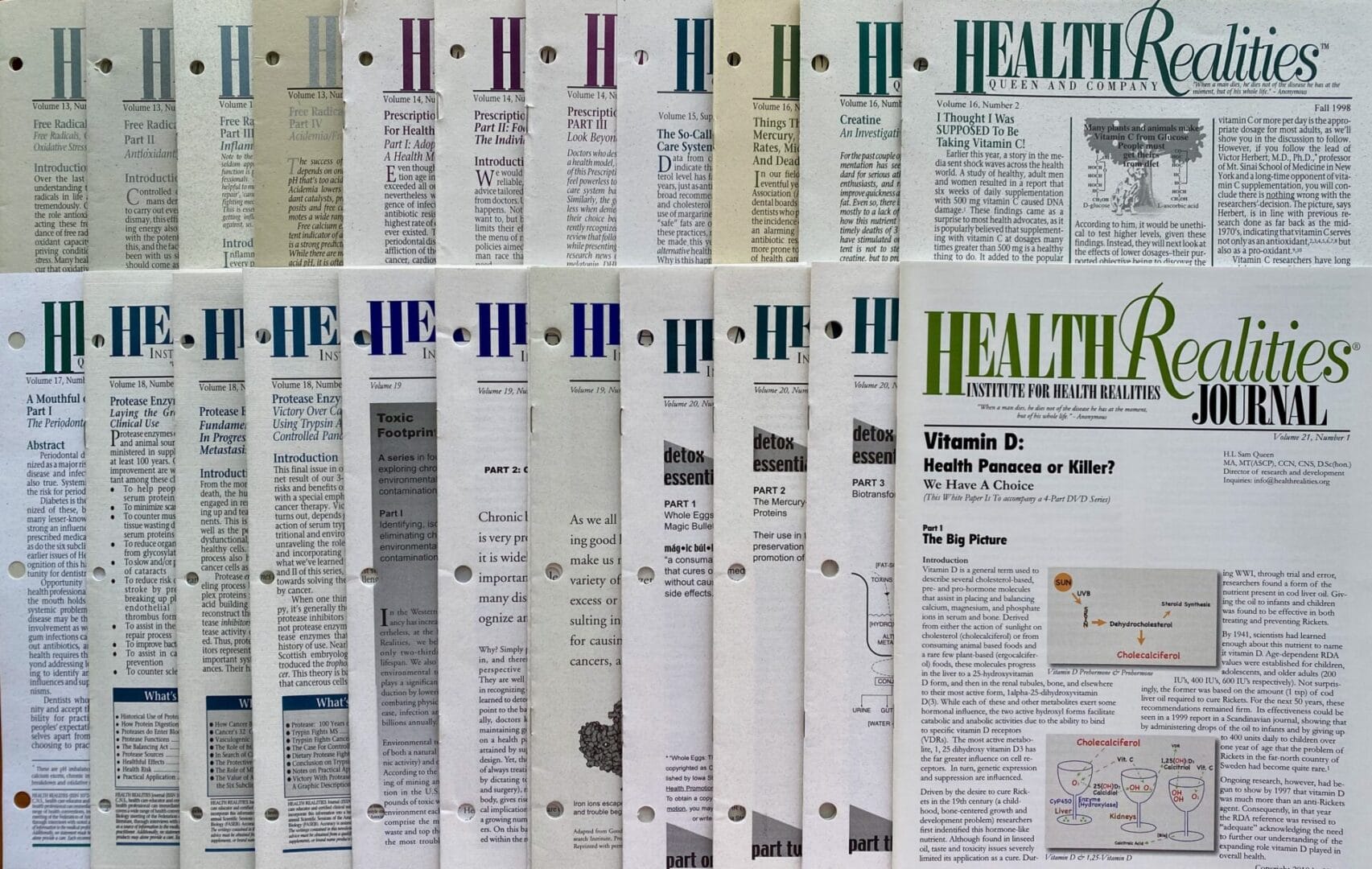 The final incarnation of Sam’s official writing became the Health Realities Journal, published from 1994-2010. Each issue of this journal outlines the science associated with each topic in detail, but then also addresses related diet, supplemental, and lifestyle practical applications that can be used to address patient issues. Complete annotations are included for all scientific references used in their compilation. 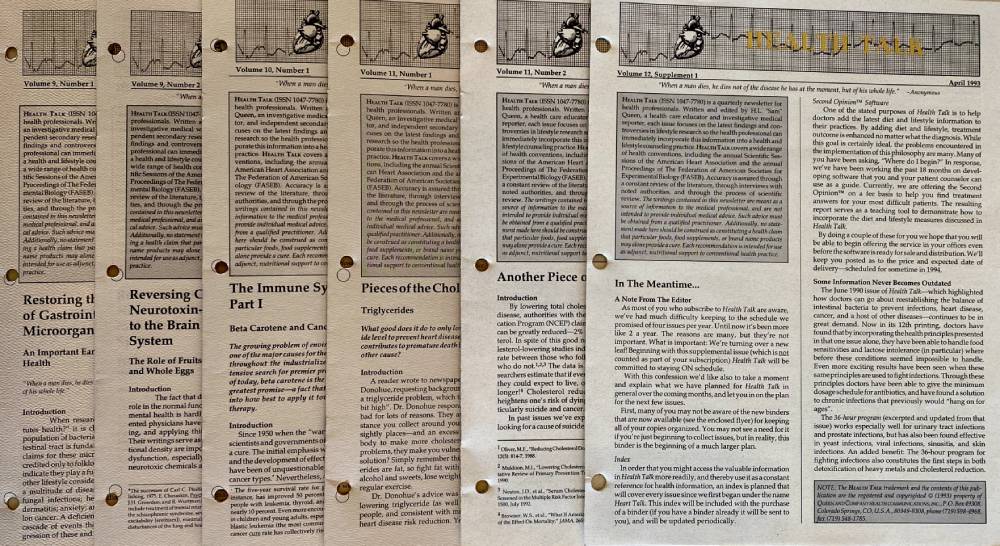 The more Sam researched heart health, the more he began to see the connections between heart health and all other areas of health. He became increasingly more aware of the need to study how all areas of health were interrelated in order to achieve the level of optimum health he believed humans were both capable of, and meant to have.  Thus the name of his newsletter now changed to Health Talk.

Some of Sam’s earliest interests had to do with heart health, particularly from the aspect of eggs and cholesterol. His first newsletter was Heart Talk, which was published from 1983-1989. Each issue reflects his focus on the science behind every concept, and you can follow the development of his Health Model as he began to connect the dots between heart health and many other areas of health. 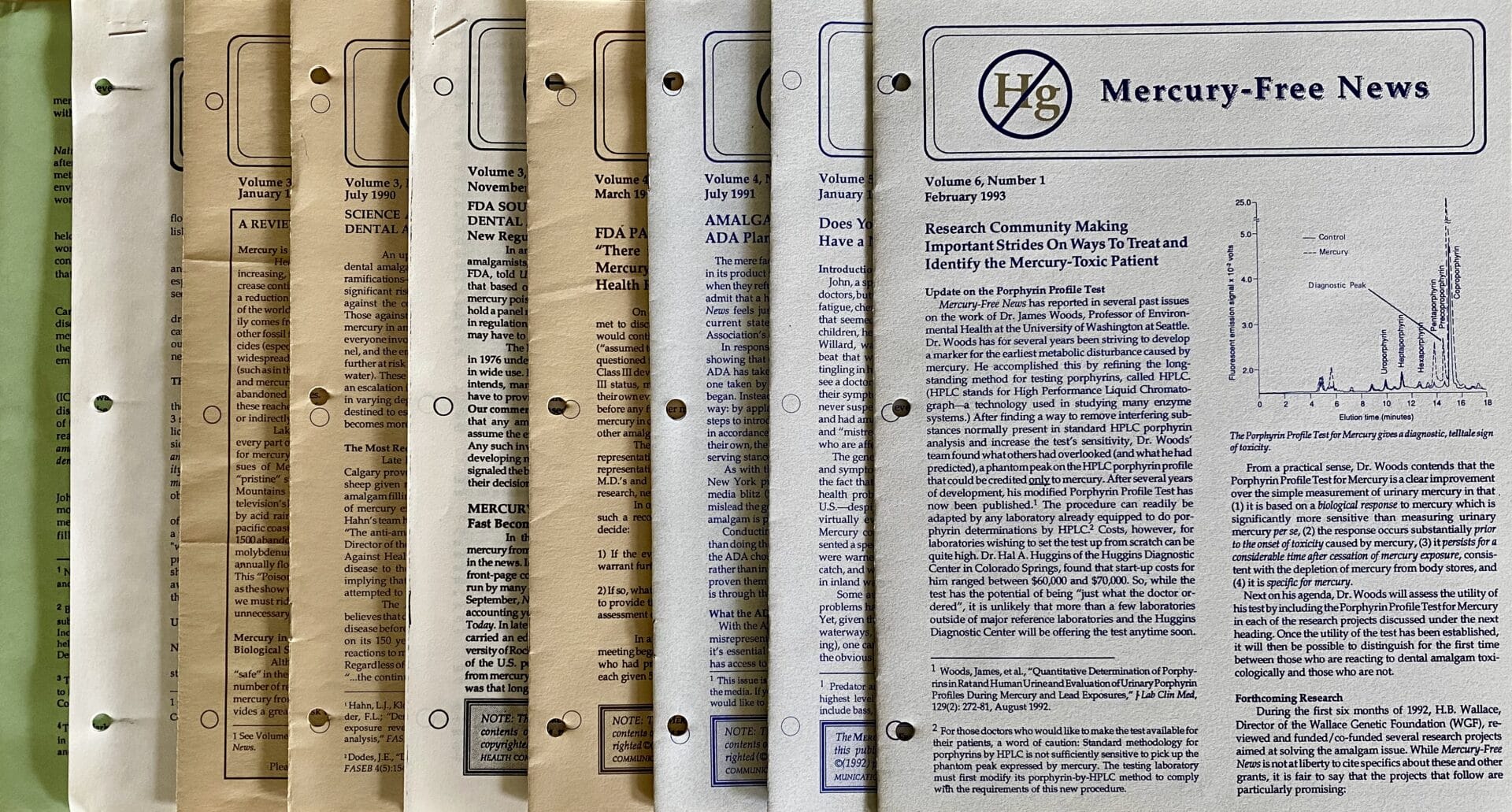 As Sam - due to his own history with mercury poisoning - began researching more, and getting involved in the movement to remove mercury from dentistry, he started writing up what he found. This eventually developed into a regular newsletter published from 1988-1993. As with all his writings, Sam was never averse to picking up the telephone to speak directly with the scientists and government officials he wrote about. Extensive footnotes, as always, were included. 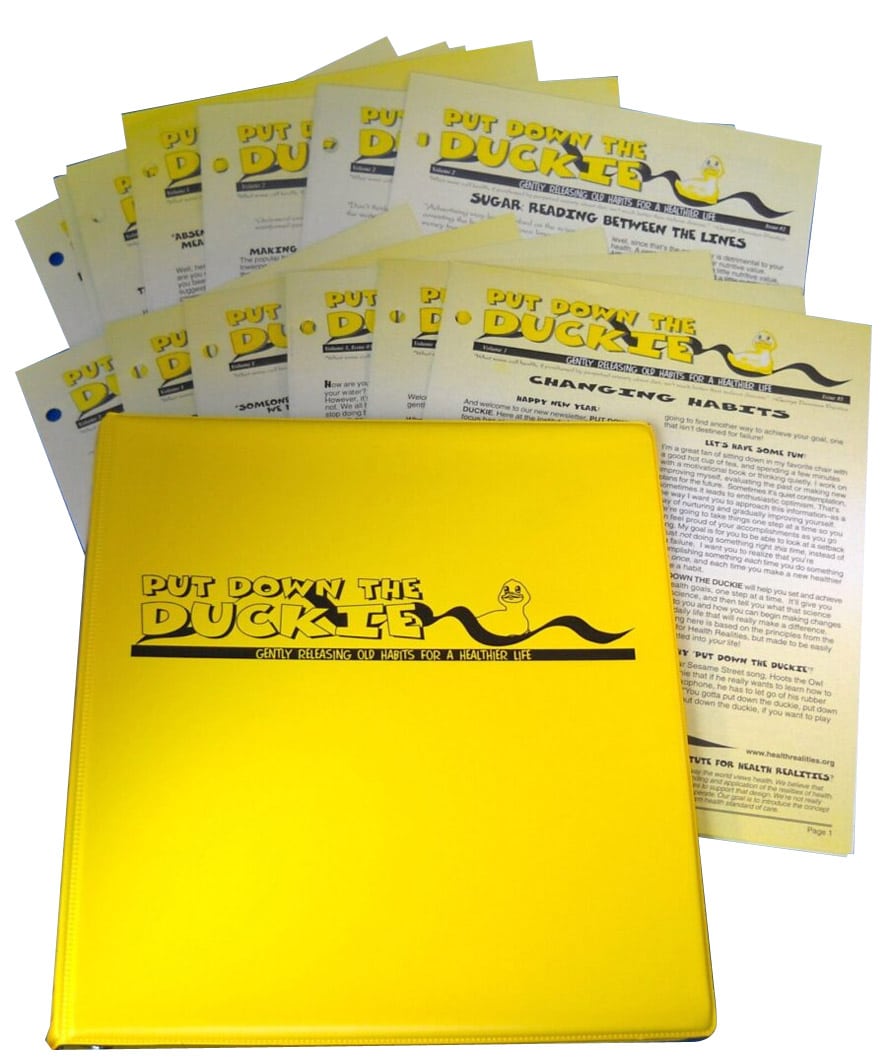 Put Down The Duckie

Betty used to joke that her eyes would glaze over when Sam started excitedly talking about the science that his concepts were based on! She wanted to translate that information into everyday living. The resulting newsletter she and Sam together created help you change your lifestyle gradually and painlessly. Each focuses on one of Sam’s health concepts, with the relaxed attitude that habits are acquired over time and therefore need time to be changed.