In a Designed2Win Body, How Could Multiple Sclerosis Possibly Occur? 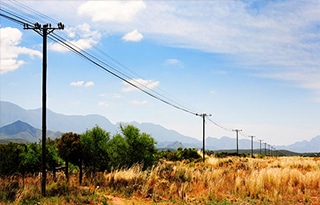 Sometimes, what appears as a disease can actually be the result of our bodies going to the extreme to keep us alive and functioning, even if the new functioning is compromised. The compromise gets our attention, causing us to make changes in diet, rest and exercise, or it prompts us to seek help.

MS (Multiple Sclerosis) is one of the better examples of a disease-like outcome that can occur as the result of an emergency circumstance a body is forced to address.

During an MRI, a doctor may see lesions affecting the brain’s white matter, which he or she may confirm as MS, or as a risk factor for MS. In either case the doctor may choose to prescribe nothing, or turn to a steroid-based anti-inflammatory agent to prevent the lesions from developing further or becoming more widespread.

Lesions are typically seen from the health perspective as a consequence of the body’s failure to repair. In MS, the lesion has occurred along the protective myelin coating of the connective tissue-like strands making up white matter within the brain. The white matter connections serve a purpose similar to the special insulation that accompanies telephone wiring. When the insulation gets disrupted the signals can’t be sent smoothly.

The first Health Model-based question should not be “Which steroid to use?” but rather “What caused the breakdown of the insulating myelin and why didn’t it repair itself?” Here is one possible scenario:

The condition of MS can begin much like any other connective tissue-related disturbance – with a generalized deficiency of amino acids. This deficiency then signals the activation of a certain class of MMP enzymes[1] for the purpose of disassembling a protein to provide the amino acids needed for more critical purposes elsewhere. The MMP enzyme type is summoned and the site chosen in accordance with a person’s genetic HLA[2] makeup, which foretells the general location where the disassembling of proteins will occur.

With MS, the emergency need for amino acids that may have preceded its onset could have occurred due to various causes, including a lack of protein. It could also just as often be due to poor amino acid absorption coupled with an unusual exposure to some environmental toxin. Such toxins greatly increase the need for specific proteins and amino acids. (This can also lead to functional disturbances other than MS.) Very often, a toxin may tie up the protease enzymes that are required in the normal recycling of proteins. The amino acid level shortly becomes depleted. Mercury and various pesticides and herbicides (Paraquat for one) have been implicated in protease disturbance and amino acid depletion, making them suspect in MS, but there are other likely causes.

Once the body becomes amino acid deficient, an MMP enzyme is then summoned to do what the body believes to be the essential, life-saving/life-sustaining process of disassembling. In MS, myelin basic protein has become the target for disassembling. Under normal conditions the disassembled tissue is soon repaired, but if a virus or other microbe is present, one or the other can take up residence. Microbes are known to hide from our immune system by building biofilms on broken connective tissue, causing a low grade infection with accompanying inflammation that antibiotics find difficult to resolve. Likewise, many viruses hide in damaged nerve tissues. Then, should a nerve toxin find access to the damaged connective tissue, chronic inflammation begins due to the total of these causes. The chronic inflammation that follows serves to perpetuate the lesion, thereby causing symptoms that are consistent with the MS syndrome.

So finding an answer to the source and resolution of chronic inflammation becomes of paramount importance to the goal of reducing the risk of spread of lesion development. If the MS syndrome is to be prevented and/or the cause determined, an important early step would begin with testing in order to identify the possible cause. If the cause can be revealed, then a successful plan to support the body’s effort to repair the myelin and its basic protein should be made possible.

For this purpose a blood chemistry must be comprehensive, and the action plan must not only be imaginative, but supportive of what the body is trying to accomplish. When successful, the person should be able to experience some level of remission.

By studying the normal design of the body and how it works, and then supporting this design, it is possible to get at the cause of most any disease, even as serious a condition as MS. Then, through the effective application of evidence-based support, it is reasonable to express hope for a positive outcome in even the toughest health conditions. It’s the Designed2Win way.

[1] MMPs are proteases that play a major role in protein turnover.

[2] HLA is the human leukocyte antigen system, which is related to immune function in humans.