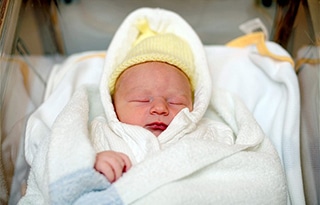 Mothers – and expectant mothers – often look to our office for answers to their basic health-related questions. One frequently asked question has to do with this:

Given that an adult’s gastrointestinal environment (or ‘gut biome’) is known to contain over 1,000 different organisms (information credited to the new DNA testing), how does a baby’s intestinal tract become colonized with the right mix of beneficial organisms? And does a baby benefit from supplemental bacteria?

Two classic routes for early colonization
The first of these is through the birth canal where, during birth, the baby picks up a friendly yeast organism, Saccharomyces boulardii. A second route is from breast milk. Additionally colostrum – the first flow of mother’s milk – contains iron-binding proteins that inhibit pathogens. A special milk carbohydrate, fructooligosaccharide, provides the nourishment that only the “friendlies” can use.

Yet, as satisfying as these answers have been, those two primary mechanisms still fail to explain the origin of the broader population of bacteria. Now, recent research from Baylor University has provided a clue to a third source: the interface between the mother and placenta.[1] In general, this population of microbes is similar to what is found in the healthy mouth. From there they gain access to the baby’s system.

An important relationship
Likewise, pathogenic organisms that associate with both periodontal disease and urinary tract infections in the mother, were also found at that same interface.[2]Then researchers found that in babies born prematurely, the same microbes that caused periodontal disease in the mother were heavily represented in the mix of microbes found on the placenta.

Thus, for pregnant mothers who desire a healthy, full-term baby, it would seem important to adopt healthy habits, eating in such a way as to promote an infection-free environment, maintaining healthy teeth and gums, and to getting a chemistry done in order to reveal any hidden infection. If Mom pays attention to these steps and perhaps supplements with friendly bacteria herself, Baby is far less likely to require supplementation with friendly bacteria. It’s all about giving both baby and mother the best possible start in life together.

The bottom line is that periodontal disease in the mother, and/or the unfavorable mix of bacteria associated with the placenta, seem to explain why many babies are born prematurely.