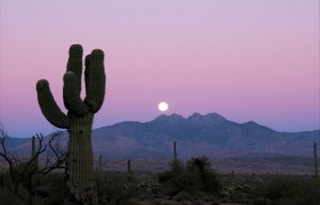 In the 1870’s Joseph Lister gave us the first practical way of killing bacteria, by recognizing the antibacterial activity of carboxylic acid. Following that discovery, many more people began recovering from amputations and other common surgeries that before carried a 50% mortality rate. Surgery departments everywhere made great advancements with a version of this known as phenol.

Arizona’s Sonoran Desert is the home of the saguaro, the grand sentinel of the desert, whose sturdy ribs are made of calcium oxalate. Oxalate is made from the fusing of two units of Lister’s carboxylic acid, which this large desert plant has long used to subdue attacks by bacteria or fungi. It does this by secreting an enzyme that digests the oxalate into two antibacterial units of carboxylic acid.

Something that will not surprise our followers is that the body also makes and uses carboxylic acid for similar reasons: to suppress the growth of a multitude of microorganisms from yeast to bacteria.

Humans secrete carboxylic acid through the skin in the form of p-cresol, which is a variation of the surgical phenol. Unfortunately, p-cresol has an unpleasant smell that is associated with underarm odor. Deodorants help with the odor, but also depress the skin’s natural protection by keeping p-cresol and other excretory from being excreted. Regular bathing is the better option, which removes all the excreted toxins and readies the body for whatever comes next.

If too much deodorant is used over time, the body is forced to get rid of the material through the kidneys, which (in the resulting form of p-cresol sulfate) is known to promote chronic kidney disease and make dialysis more likely.

An alternate – and more pleasant – way to get rid of p-cresol-sulfate in the body is to intentionally up-regulate your CyP450 detox system and/or occasionally allow a teaspoon of raw honey to melt in your mouth. When you do the latter, you form glucuronic acid, which then healthfully allows p-cresol to be excreted through the kidneys without causing kidney damage. Once a day is sufficient to protect.

Other things that help your body naturally protect itself include daily exercise that results in perspiration, regular bathing, and avoiding deodorant or limiting its use to necessary times only.