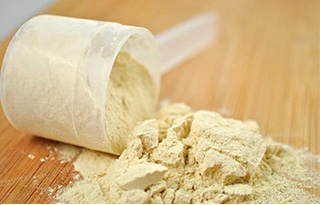 For all who appreciate fine wine and its association with longevity, this past October marked the 165th anniversary of Pasteur’s entry into science and his discovery of chirality (the mirror image effect seen in the crystals of tartaric acid that accumulate on the barrel as wine ages).

His curiosity about the making of wine – why some tartaric acid residues gave some wines an exceptionally good taste while other residues make the wine bitter – led to the first of his many scientific discoveries. What he found was that tartaric acid could cause polarized light to bend to the left or to the right. When bent to the right, he noted an unappealing aftertaste. When bent to the left, it produced a fine-tasting wine. It was this finding that led to the commonly-used description today of the “right hand/left hand” effect of not just tartaric acid, but of all molecules – including amino acids. (The left hand/right hand sorting procedure allowed others, years later, to discover the agent in wine that’s credited today to longevity – resveratrol.)[1]

This highlights one possible health risk from consuming an excess of whey protein powder. Whey protein powder may contain a mix of both L and R type amino acids due to the manner in which it is prepared.

A final whey protein product can be produced in the several ways:

2. Denaturization by heat (pasteurization at 72 degrees, for instance, followed by air drying)

3. Spray drying after filtration, to remove lipids and other solids

4. Through the action of rennet enzymes acting on unprocessed milk

A potential problem may exist with these. Some natural conversion of L to R amino acid forms may occur during the process of drying (both with air and heat processes). Thus all reputable manufacturers test for this in their finished product, and some R forms are allowable. Yet there is always the risk of absorbing a higher level of R-amino acids than would be safe. Whether the whey protein product is safe or unsafe might not be known without testing for chirality, but will most certainly be noted later in the degree of change in renal function or dysfunction.

The composition of whey protein and how it’s consumed may also provide a risk (or not) according to the health of one’s digestive system and how it’s supported.

Whey protein – derived mostly as a by-product of making cheese from cow’s milk – is less a collection of amino acids, and more the collection of globular proteins and long-chain peptides that include:

As you can see from the composition, whey protein isn’t delivered as amino acids, but instead as large peptides – or chains of amino acids – sometimes as a full-size protein. To derive benefit from the amino acids locked within the peptides, the body must still be able to break down the peptide chains.

Failure to digest whey protein peptides prior to absorption may lead to interference in renal clearance. This primarily occurs because most whey protein powder is consumed as a liquid drink, which may not spend sufficient time in the stomach where protein from food is normally subjected to acid and peptidase enzymes.

For that reason it is recommended that you never just drink a whey protein mixture, but instead consume it with a whole grain cereal or some other mix of solid food. An alternative that has been used with success for clients of Designed2Win is to add the amino acid L-threonine to the protein powder, even when consumed with a whole grain meal. L-threonine is the only amino acid that can donate a free hydrogen ion to stimulate peptidase activity, thereby improving the odds that the amino acids from the whey protein will be absorbed.

In Conclusion: Whey protein powder has a place in human nutrition, but needs to be utilized in a responsible manner. Failure to recognize the risk of absorbing R-amino acids and absorbing too many undigested peptides may lead to problems not only with metabolism, but also with renal functioning. Doing a full chemistry and being advised on how to correctly interpret the data can allow identification of the problem and provide a clue for how to correct it. By doing so you have a way to sidestep the potential for problems while deriving all the purported health benefits from the regular use of whey protein supplementation.

If you’re looking for a quality whey protein powder, the one we carry is the Jarrow brand. We know that they run quality control checks on all their products.

[1] The benefits Pasteur left each of us (in ways to improve health) – from chirality to the “Germ Theory of Disease” to pasteurization (in later life) – continue to offer benefit and controversy. Like it or not, his long life of research and development prompts us to suspect that we humans are perhaps designed not to simply retire and wait patiently to die, but instead to contribute for a lifetime.